THE CHILDREN OF RAFET A Feature Documentary Project The film is about Rafet (65) and four uneducated immigrants that Rafet has educated for around 7 years about philosophy, psychology, politics and arts who are now in their 30s. It will include the histories, presents and also the futures of those 5 characters that are living in Berlin. By doing this, the audience will have the chance to follow how they have changed/developed in time. As (except from one man) they are all in Berlin without their parents, the fatherhood of Rafet to them will be the main core of the film because after so long of education period, some of them began to see Rafet as a father, an idol or an übermensch (over-person). Rafet came to Germany in 1979 to have a meeting with some people whom they share the same political views (socialist). His idea was to stay in Europe for 6 months and turn back to Izmir, where he is the leader of the Socialist Party. After he had bought his ticket back, there was a coup in Turkey and he couldn’t turn back so he stayed in Berlin. During his stay, Rafet always was interested in educating immigrant children who has no chance to go to school in Berlin. In the beginning of 2000, four men (Riza, Kalender, Oktay and Adem) contacted him saying that they want to learn about philosophy and that’s how they created a group together. Every Sunday they met to discuss various topics with the leadership of Rafet. Rafet was a great chance for all of them. He did his best for so long time just to teach something to those men. At the same time, Rafet also was learning from them, too. 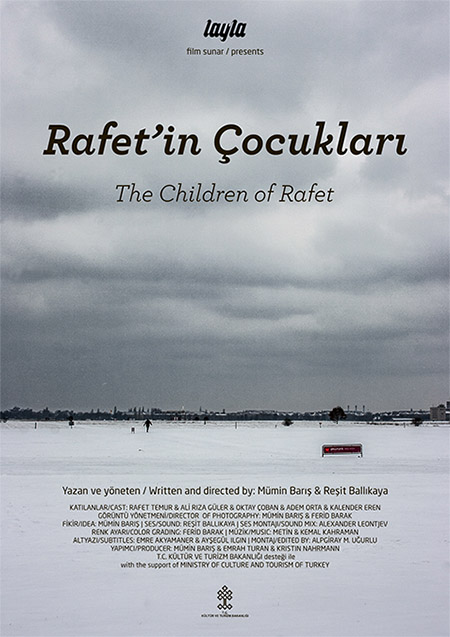